This is the third and final installation in an expert Q&amp;A series on the key findings of the 2020 HDR 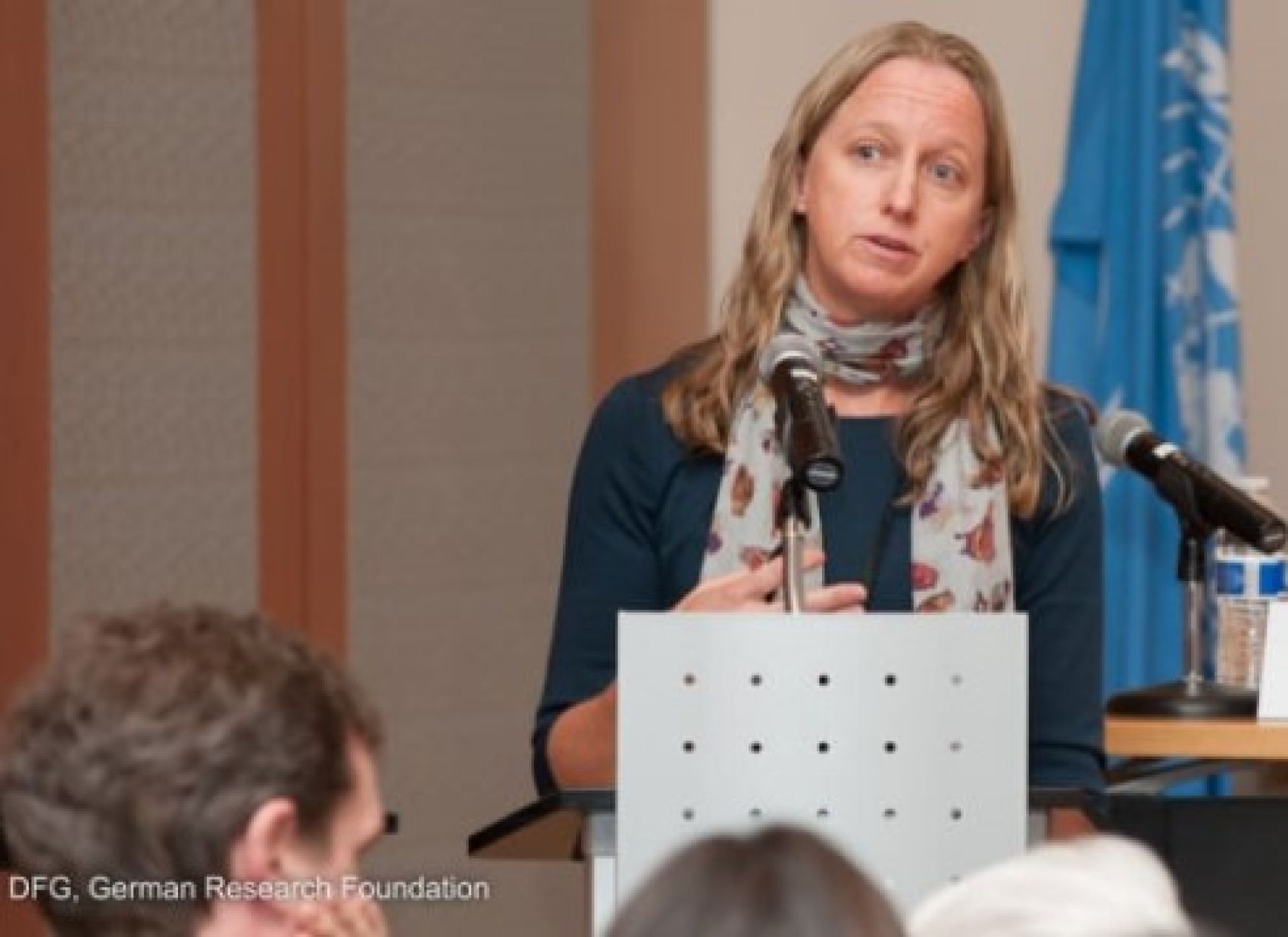 Eliminating “stark distinctions” between people and nature, as well as between the environment and development, is urgently needed, according to Belinda Reyers, professor and research chair in sustainability science at the University of Pretoria’s Future Africa institute and senior adviser at the Stockholm Resilience Centre. Reyers said their interconnected nature means one cannot be addressed without the other.

“It’s now abundantly clear that things like climate change, extinctions, pollution, and deforestation that are labeled environmental risks really aren't just risks to the environment anymore. They are very clearly now some of the largest development risks, economic risks, health risks, and security risks the world faces” she said.

The United Nations Development Programme’s latest “Human Development Report” — in which Reyers was involved — calls for a shift in thinking to ensure any development action, policy, or project is good for both people and planet.

Reyers urged the development sector to consider the interdependencies between environment and development more thoroughly.

“As the ‘Human Development Report’ shows, when you start to view development from the perspective of ‘expanding human freedoms’ and opening up ‘more choices for people to chart their own development paths,’ we get to do away with these distinctions between people and planet and move to more diverse visions of development, in collaboration with the planet rather than in competition with it,” she said.

Speaking to Devex, Reyers discussed how people and the planet can influence one another’s development, the obstacles to simultaneously addressing both, and how these can be overcome.

How do you see social and planetary challenges overlapping and being interlinked?

The “Human Development Report” makes clear that societal and environmental challenges are not just linked but are actually reinforcing one another. For example, climate change and inequality interact and make each other worse.

We often talk about the impacts of climate change as if they are in the future, the concern of future generations, but in fact, these impacts are being felt now — but mostly by marginalized and vulnerable groups who have very little to do with the quantity of greenhouse gases in the atmosphere and who have little power to halt climate change.

As the report shows, in our lifetimes, the world's richest countries — and biggest emitters — could experience up to 18 fewer days of extreme weather events each year, while the poorest countries face up to 100 extra days of extreme weather due to the climate crisis. It is on this very unlevel playing field that social and planetary challenges come together and reinforce one another.

These planetary challenges that the “Human Development Report” mentions — climate change, extinctions, pollution, and deforestation — are often portrayed in quite simplistic terms as being the result of humanity, as if humanity is a single homogeneous force.

In fact, the Anthropocene conditions, in which we find ourselves, are the result of an extraordinary inequality in human society of a handful of regions, countries, or people who have caused and profited from these changes, while many other regions and individuals are on the receiving end of the impacts of these changes.

“Anthropocene” — the age of humans — is a term that seeks to recognize the fact that over the past few decades, the impacts of the human enterprise on the planet have become so extensive, large, and deep that humans are now one of the largest forces shaping the planet — its climate, its biosphere, its water cycle, even the chemicals in its soil and water.

What are some of the obstacles in advancing human development while easing planetary pressures?

A major obstacle is this idea of how we conceptualize the environment in mainstream development thinking. We've gone from [seeing] the environment as totally external to development — as almost a luxury that we can worry about after we develop. I would argue that most people now recognize that the environment, natural resources, pollution, and climate change play an important role in development.

But I still feel this is a gross oversimplification of the role of environment because it ignores the many material and nonmaterial links and complex connections between the environment and human well-being. It’s not only about food, water, and all the stuff we get from the environment; it also shapes our identities, our cultures, relationships, minds, and the way we think. … These complex interdependencies are often overlooked in the most mainstream development efforts, and the environment is often simplified as a resource base or a place to put pollution.

What needs to change to bring nature and the planet into development thinking?

If, as a development community, we can move away from this idea that you can choose between development or the environment and recognize that we are actually making choices that are bad for both. If we reject this binary view where we see the environment as a set of protected areas, which keeps nature in and people out, and we see development as industrial development of mines or factories for economic growth and jobs.

If instead, we focus on the fertile middle ground of actions, projects, and policies that build justice, peace, and regenerative practices, this will help us to broaden our view of development and build the necessary resilience capacities to navigate the turbulence that lies ahead.

I love the way the “Human Development Report” describes human development as an “ongoing journey” rather than a “destination.” Too often, we think about development and environment challenges as a set of targets that we need to achieve, and this blinds us to their interdependencies but also blinds us to the actual process of development as societies and ecosystems shaping and being shaped by one another over time.

Are there approaches in this vein that have already been successful?

There are hundreds, if not thousands, of places, groups, and projects that are doing very innovative things in terms of sustainable and equitable food systems, renewable and democratic energy access, water rights, and water security improvements. In fact, there are groups of people who are starting to keep databases of these kinds of projects and seeing them as little seeds of what a more positive future could look like.

But I think the challenge is that these projects are quite small, localized, and often invisible. … They are trying to tinker at the edges of development, and they keep bumping up against the dominant development model and system in which we're all embedded. There are successful approaches, but I think the real challenge is that they are not yet able to contend with the scale and the challenges of the Anthropocene and the historic economic and political systems on which it is based.

With this in mind, what would your call to action for the development community be?

In some ways, mine is less a call to action but almost a challenge to the global community that asks: If we acknowledge that people and nature are neither separate nor separable and that environmental risks are development risks, what does this mean for our visions of development or our visions of a good life that we all aspire to?

What we're talking about in terms of a future is so radically different from the present that we all occupy that I don't think we can really see what the future looks like. The challenge, as I see it, is to start rethinking our visions of development and its stark distinctions.