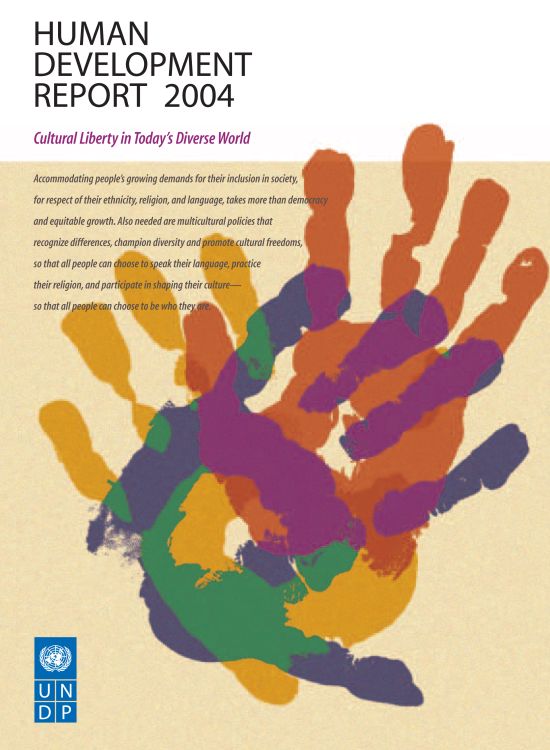 Accommodating people’s growing demands for their inclusion in society, for respect of their ethnicity, religion, and language, takes more than democracy and equitable growth. Also needed are multicultural policies that recognize differences, champion diversity and promote cultural freedoms, so that all people can choose to speak their language, practice their religion, and participate in shaping their culture—so that all people can choose to be who they are.

In recent years the Human Development Report has argued strongly that this is as much a question of politics as economics—from protecting human rights to deepening democracy. Human development is first and foremost about allowing people to lead the kind of life they choose—and providing them with the tools and opportunities to make those choices.

The 2004 Report builds on that analysis, by carefully examining—and rejecting—claims that cultural differences necessarily lead to social, economic and political conflict or that inherent cultural rights should supersede political and economic ones. Instead, it provides a powerful argument for finding ways to “delight in our differences”, as Archbishop Desmond Tutu has put it. It also offers some concrete ideas on what it means in practice to build and manage the politics of identity and culture in a manner consistent with the bedrock principles of human development.