The Growing Salience of Mixed Migration 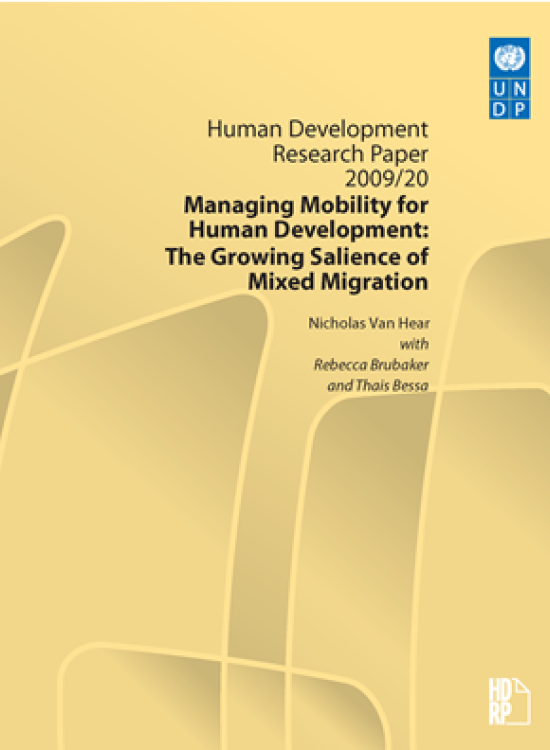 The Growing Salience of Mixed Migration

In the analysis of migration a basic distinction is often made between those who chose to move and those who are forced to – that is, between ‘voluntary’ and ‘forced’ migrants. This distinction is maintained in the policy world, where the governance of international migration is shaped by the conceptual distinction between ‘voluntary’ and ‘forced’ migration as mutually exclusive categories. In reality of course the distinction is far from clear-cut. Migration can be ‘mixed’ in several senses: motivations may be mixed at the point of making the decision to move, when there are often combinations of choice and compulsion in play; people may travel with others in mixed migratory flows; motivations may change en route; and people may find themselves in mixed communities during their journeys or at their destination. This paper explores the connections between mixed migration and human development, understood as the expansion of capabilities and choice (Sen 1999). It first clarifies some of the key concepts in the migration discourse, particularly the role of choice and compulsion in migration, before exploring the emergence of the notions of ‘mixed migration’ and the ‘migration-asylum nexus’ in the policy arena. The paper then turns to some of the manifestations of ‘mixed migration’ and the conditions migrants encounter in such migration streams. It next considers how mixed migration and migration policies – or ‘migration governance’ -- encounter one another. Finally, some policy conclusions are drawn from the evidence presented, pointing to the idea that the transnational practices that arise from mixed migration may constitute a ‘durable solution’ in settings of conflict and displacement.