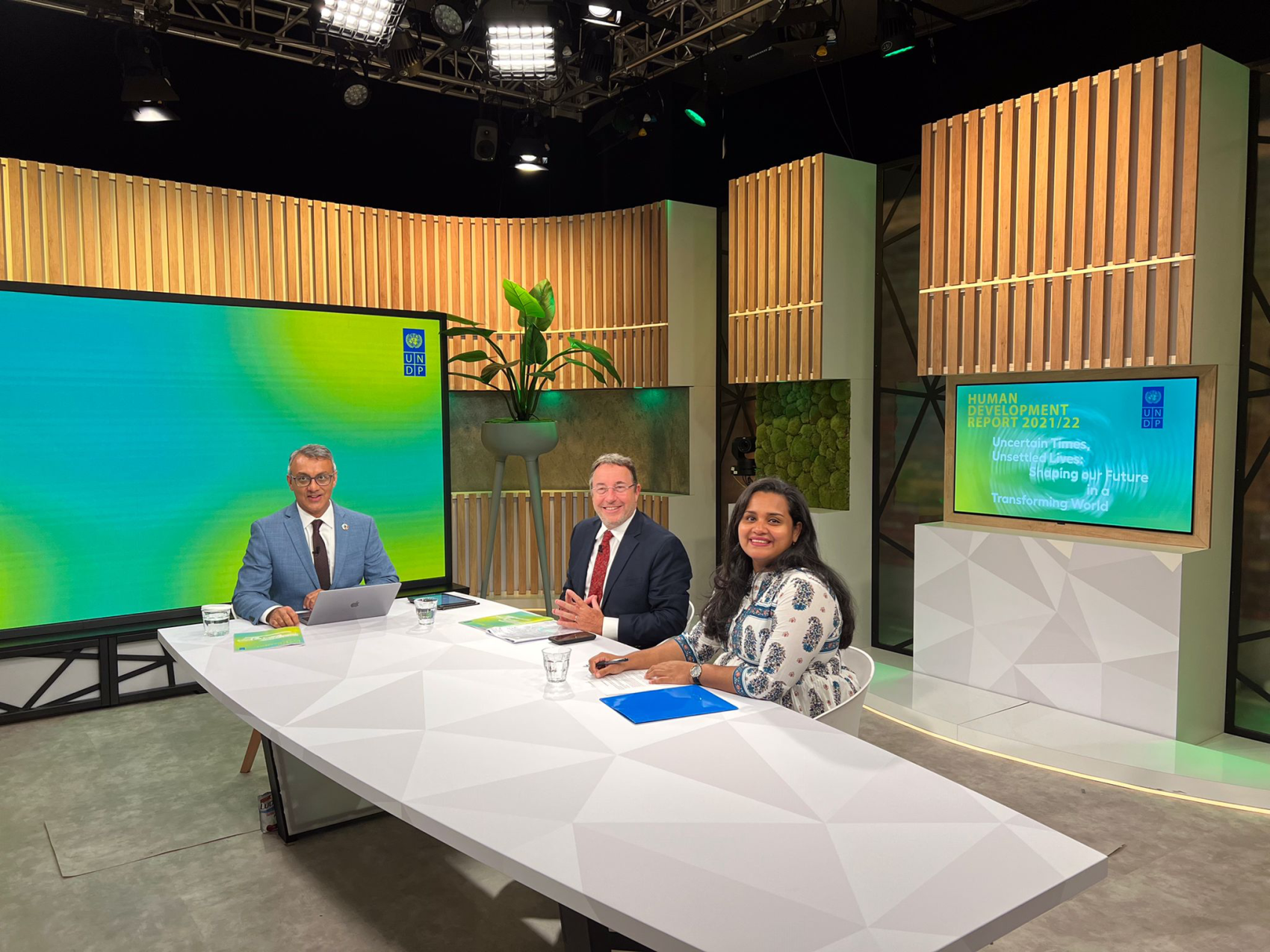 The global launch of the 2021/22 Human Development Report (HDR) took place on 8 September in New York.

Organized in a hybrid format with both in-person and remote participation, the launch event featured high-level statements, an interactive dialogue and a Leaders’ Dialogue focusing on policy implications of the report findings.

“For the first time ever, the world’s total human development has declined for two years in a row […] The Report puts forward a clear solution: we must double down on human development and advance policies around the so-called “three I’s”: investment, insurance, and innovation,” said Guterres in his opening remarks.

The launch event has generated a global conversation that will continue around the world. Check our Twitter channel and follow the hashtag #HDR2022 for updates on the latest HDR news and events. Check our 2021/22 HDR playlist on YouTube for event videos including the launch event recording, an animated explainer and a presentation by the report writing team.