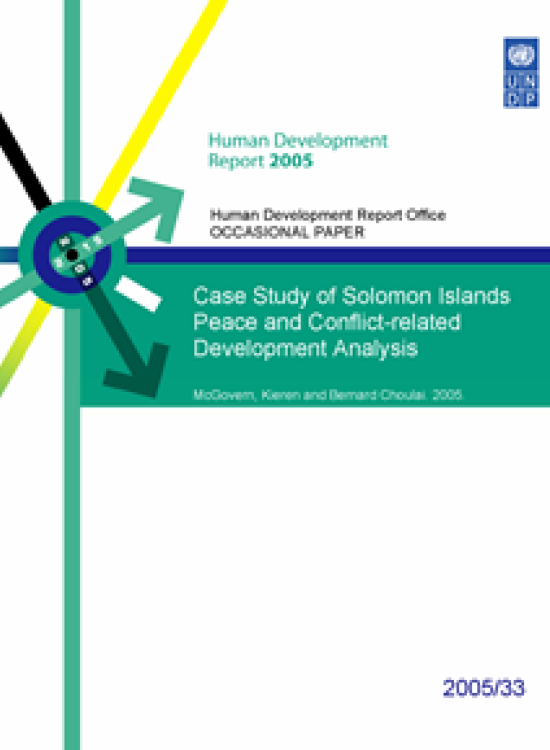 The Solomon Islands is a sprawling archipelago to the north-east of the Australian continent. The country has a population just over 400,000 people and more that 70 language groups signifying its cultural diversity. Solomon Islands is ranked 124 on the 2004 Human Development Index and is one of the 49 Least Developed Countries in the world. Violent conflict in the Solomon Islands, locally referred to as ‘the tensions’, began in 1998 when a group of militant youths from the island of Guadalcanal attacked settlements of islanders predominantly from Malaita (a neighboring island) in northwest Guadalcanal, an area bordering the capital city Honiara. Their actions were prompted by the failure of successive national government’s to address issues raised by the indigenous people of Guadalcanal. First tabled as ‘bona fide demands’ in 1988 and again in January 1999, the issues that were listed were rent from the use of Honiara as the capital city; non-payment of compensation for the indigenous people killed by settlers over the years; demands for the review of the Land and Title Act; the squatter settlements; and restrictions on citizens from other provinces from owning land on Guadalcanal.