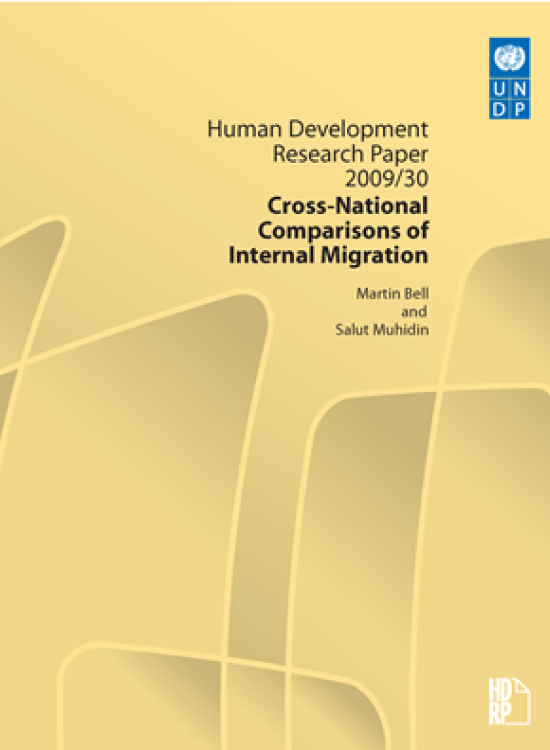 Internal migration is the most significant process driving changes in the pattern of human settlement across much of the world, yet remarkably few attempts have been made to compare internal migration between countries. Differences in data collection, in geography and in measurement intervals seriously hinder rigorous cross-national comparisons. We supplement data from the University of Minnesota IPUMS collection to make comparisons between 28 countries using both five year and lifetime measures of migration, and focusing particularly on migration intensity and spatial impacts. We demonstrate that Courgeau's k (Courgeau 1973) provides a powerful mechanism to transcend differences in statistical geography. Our results reveal widespread differences in the intensity of migration, and in the ages at which it occurs, with Asia generally displaying low mobility and sharp, early peaks, whereas Latin America and the Developed Countries show higher mobility and flatter age profiles usually peaking at older ages. High mobility is commonly offset by corresponding counter-flows but redistribution through internal migration is substantial in some countries, especially when computed as a lifetime measure. Time series comparisons show five year migration intensities falling in most countries (China being a notable exception), although lifetime data show more widespread rises due to age structure effects. Globally, we estimate that 740 million people, one in eight, were living within their home country but outside their region of birth, substantially above the commonly cited figure of 200 million international migrants.