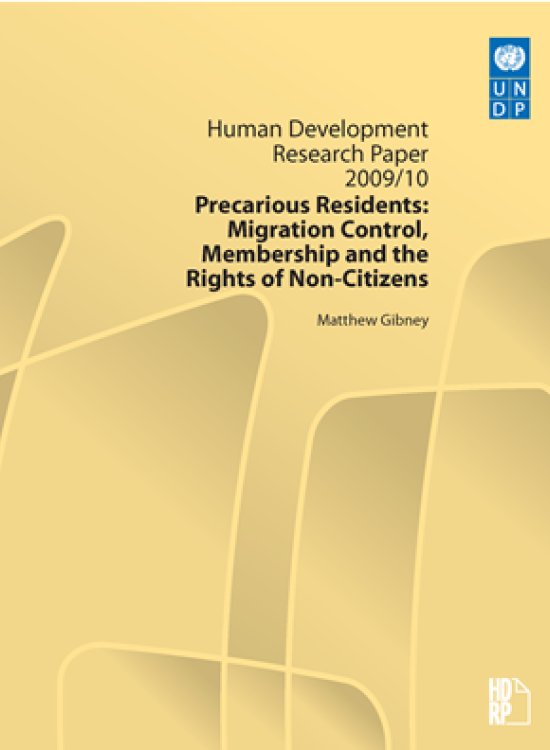 This paper examines the situation of a subgroup of non-citizens found in virtually all contemporary states, what I call “precarious residents”. Precarious residents can be defined as non-citizens living in the state that possess few social, political or economic rights, are highly vulnerable to deportation, and have little or no option for making secure their immigration status. The archetypal precarious resident is the undocumented (or unlawful) migrant. However, there are many other barely tolerated individuals who also fit the appellation, such as asylum seekers (including ones whose claims have been rejected), guest workers, and individuals with temporary protection from deportation. I begin this paper by exploring the nature of precarious residence, discussing its dimensions, causes and manifestations in different national contexts. I move then to consider the human development consequences of precarious residence before exploring the question of the responsibilities of states to protect the rights and, in some cases, recognize the membership claims of these non-citizens.