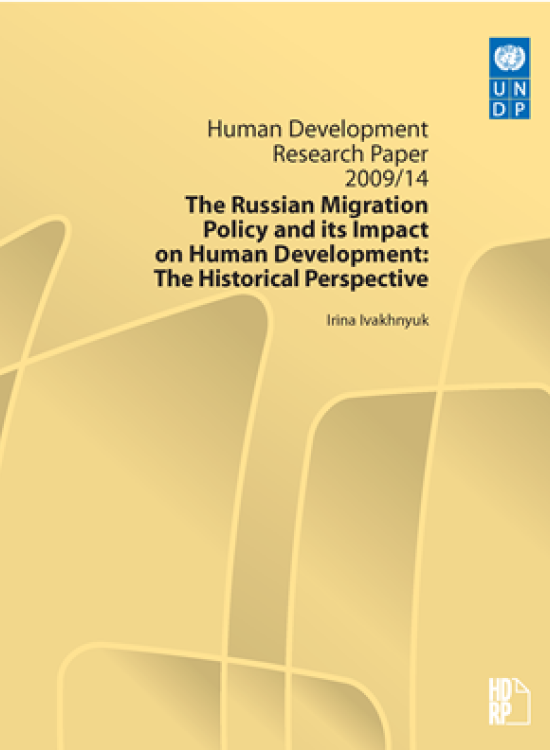 For Russia, migration policy – in terms of internal or/and international migration flows management – was an ever-important element of the State activities. Concentrated on State interests, the policy also resulted in human development. The paper presents a historical overview of the Soviet and Russian migration policies with special emphases on the impact on human development and the driving forces behind the changing policies. The Soviet period can be characterized as contradiction between strict limitations on the freedom of movement provided by the propiska system, and large-scale population movements, both voluntary and involuntary, that were inspired by economic and administrative policy measures to meet labor demand of an industrializing economy. In the post-Soviet period, international migration is the major focus of the Russian migration policy. The Russian Federation is the major receiving country in the vast former USSR territory. The evolution of Russian migration policy in the post- Soviet period is a good example for getting a better understanding of how the everlasting conflict between the need for additional human resources and anti-immigrant public moods (typical of all receiving countries), combined with the opportunistic considerations of political elites, that hampers the elaboration of a reasonable long-term migration strategy. Russian migration policy has been drifting from a relatively open immigration regulation based on a laissez faire approach in the early 1990s to restrictive immigration laws in the early 2000s and to an ‘open door’ migration policy in respect to CIS citizens in 2007.