COVID-19 and Human Development: Assessing the Crisis, Envisioning the Recovery

COVID-19 and Human Development: Assessing the Crisis, Envisioning the Recovery

The COVID-19 pandemic is unleashing a human development crisis. On some dimensions of human development, conditions today are equivalent to levels of deprivation last seen in the mid-1980s. But the crisis is hitting hard on all of human development’s constitutive elements: income (with the largest contraction in economic activity since the Great Depression), health (directly causing a death toll over 300,000 and indirectly leading potentially to an additional 6,000 child deaths every day from preventable causes over the next 6 months) and education (with effective out-of-school rates – meaning, accounting for the inability to access the internet – in primary education expected to drop to the levels of actual rates of the mid-1980s levels). This, not counting less visible indirect effects, including increased domestic violence, yet to be fully documented. The pandemic was superimposed on unresolved tensions between people and technology, between people and the planet, between the haves and the have-nots. These tensions were already shaping a new generation of inequalities— pertaining to enhanced capabilities, the new necessities of the 21st century, as defined in the 2019 Human Development Report. But the response to the crisis can shape how those tensions are addressed and whether inequalities in human development are reduced. This note takes a capabilities approach to document the severity of the unfolding human development crisis. Such an approach implies an evaluative framework to assess the crisis and shape the policy response that emphasizes the potential for people to be and do what they aspire in life as opposed to material resources or economic activity. To assess the crisis, the note draws from original simulations that are based on an adjusted Human Development Index— with the education dimension modified to reflect the effects of school closures and mitigation measures—and that incorporate current projections of gross national income (GNI) per capita for 2020.

The simulations suggest conditions today would correspond to a steep and unprecedented decline in human development. With almost 9 in 10 students out of school and deep recessions in most economies (including a 4 percent drop in GNI per capita worldwide), the decline in the index –reflecting a narrowing in capabilities-- would be equivalent to erasing all the progress in human development of the past six years. Importantly, if conditions in school access are restored, capabilities related to education would immediately bounce back – while the income dimension would follow the path of the economic recovery post-crisis. The simulations also show the importance of promoting equity in capabilities. In a scenario with more equitable internet access—where each country closes the gap with the leaders in its human development category—the decline in human development would be more than halved. This would be eminently affordable. In 2018 it was estimated that $100 billion would be needed to close the gap in internet access in low- and middle-income countries—or about 1 percent of the extraordinary fiscal programmes announced around the world so far.

The note suggests three principles to shape the response to the crisis:

The United Nations has proposed a Framework for the immediate socioeconomic response,iii with which this note is fully consistent and meant to inform and further flesh out both the analysis of the crisis and possible responses.

Finally, the note also highlights the importance of collective action—at the community, country and global levels. And the response to this crisis is showing how people around the world are responding collectively. The adoption of social distancing behaviour—which in some cases started before formal policies were put in place—could not possibly be fully enforced. It depended on the voluntary cooperation of billions of people. And it was done in response to a shared global risk that brought to the fore as a priority something other than having economies grow more rapidly. If we needed proof of concept that humanity can respond collectively to a shared global challenge, we are now living through it.

i. As also emphasized by Amartya Sen, who highlighted the impact of responses to crisis when the approach is informed by equity considerations, which can actually bring some that were worse off during the crisis to better standards of living during the crisis – and that in the absence of an equity crisis, the cost in human development and even lives can be massive (Sen 2020). 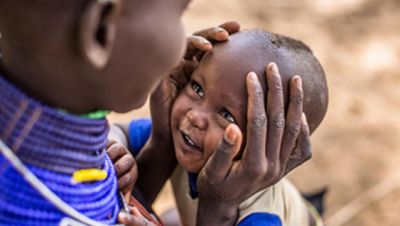 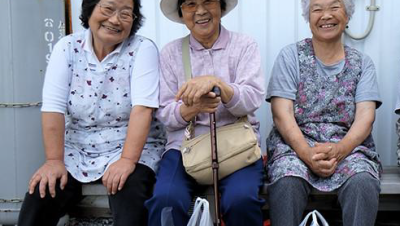