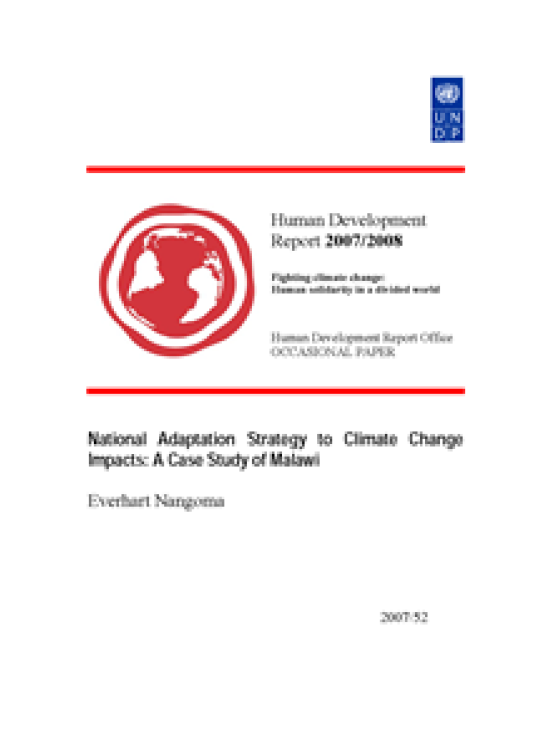 Bordered by Mozambique, Zambia and Tanzania in the Southern part of the continent of Africa lies the country, Malawi covering 11.8 million hectares, of which 9.4 million is land, while the rest is composed of water bodies dominated by Lake Malawi. Of the total land area, 31% is suitable for rain-fed agriculture, 32% is marginal and 37% is unsuitable for agriculture. With the growth rate of about 2%, Malawi’s population is estimated at 12 million (MDHS 1998). About 85% of the population is based in rural areas with women forming 51% of the population and life expectancy as low as 40 years. The impacts of climate change are likely to be considerable in tropical regions. Developing countries are generally considered more vulnerable to the effects of climate change than more developed countries, largely attributed to a low capacity to adapt in the developing world (Thomas and Twyman, 2005). And of the developing countries, many in Africa are seen as being most vulnerable to climate variability and change (Slingo et al., 2005). Like many other developing countries, Malawi has not been spared from the severe impacts of climate change. In the last two decades, Malawi has experienced a number of adverse climatic hazards. The most serious ones have been dry spells, seasonal droughts, intense rainfall, riverine floods and flash floods. Some of these especially droughts and floods, have since increased in frequency, intensity and magnitude over the same two decades, and have adversely impacted on food and water security, water quality, energy and sustainable livelihoods of the most rural communities.