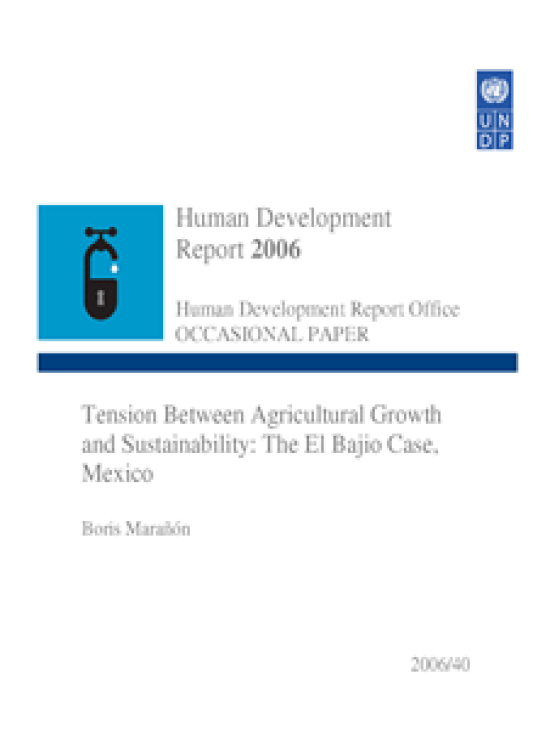 The production model that was promoted internationally in the wake of the Second World War led to some notable gains in terms of economic growth and sharp rises in productivity in a wide range of economic sectors. At the same time, however, it brought consequences to the detriment of natural resources that were intensively exploited, especially underground water. In Mexico's case, the modernisation of agriculture can be divided into two stages. The first, or “inward”, stage took the form of an extraordinary increase in the production of feed-grains, sorghum in particular, for the nation’s pork and poultry industries. The second, or “outward”, phase -- from 1982 to the present -- has been typified by the rapid growth of export crops, mainly of vegetables (see Marañón and Wester, 2000; Marañón 2004, and 2002a). The aim of this analysis, which is based on Mexico’s El Bajío region, is to present the process that led, in the second half of the 20th century to the deterioration of aquifers as a result of the rapid expansion of commercial and export- led farming.