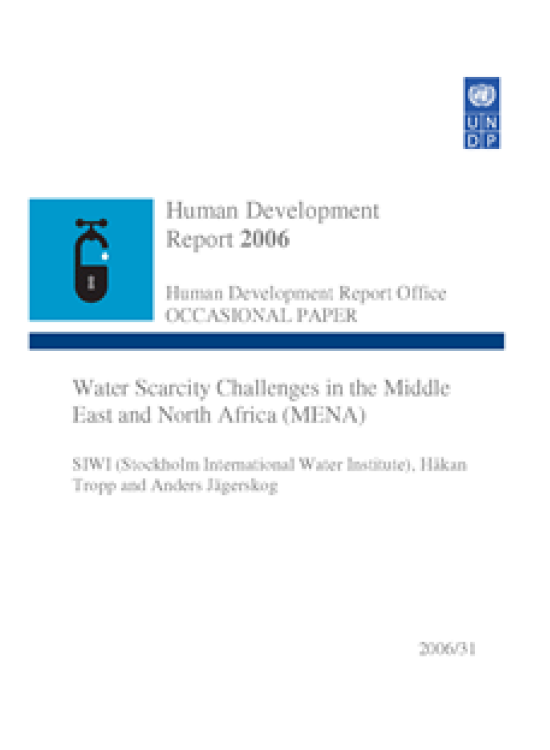 Water is scarce in the Middle East and North Africa (MENA) region. As Allan (2002) noted, the region basically “ran out of water in the 70s” and today depends as much on water from outside the region -- in the form of its food imports, for example -- as on its own renewable water resources. Continued water scarcities will affect the region’s social and economic potential, increase land vulnerability to salinization and desertification and raise the risk for political conflict around the limited water available. Groundwater is a hidden problem, since many countries extract more than is being recharged. This puts the region’s irrigated agriculture at risk and leads to saltwater intrusion in aquifers close to the seas. Weak environmental legislation leads to groundwater pollution, which further decreases groundwater quality throughout the region. In some cases, laws do not contain specific rules on solid wastes, hazardous chemicals, etc. A disproportionately large share of available freshwater is used in irrigated agriculture, but it is accompanied by an intensive use of fertilizers which also contributes to the water quality degradation through pollution and salinization. The Jordan River, for example, is in poor shape due to overuse of the upper Jordan by Israel and overuse of its tributary, the Yarmouk River, by Syria and Jordan. There is a great need for improved water resources governance, as well as improved water efficiency and productivity in irrigated agriculture.